Many children will be seen by a neurosurgeon if they have evidence of bleeding within the skull called intracranial hemorrhage. There are four types of ICH. 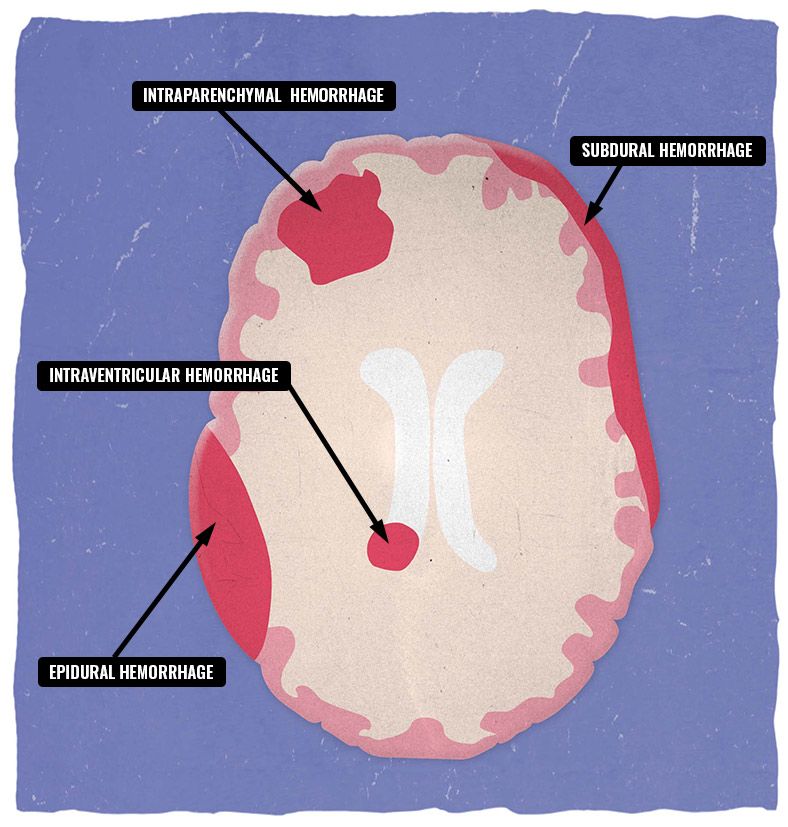 Causes of ICH?
The most common cause of blood inside the skull is trauma. This trauma may be as natural as the birth of your child on one extreme to a car collision on the other.

Diagnosing ICH
Important questions that you and your neurosurgeon will be trying to answer include:

Your doctor will use many clues to solve these problems. The way the problem is solved is through history taking, blood work, assessing various pictures of the brain, surgery or time. The outcome for patients depends on many factors such as the extent of the bleed, how quickly it was treated and complications. 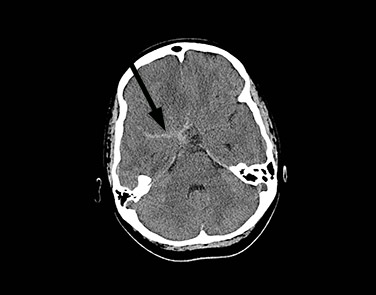 CT scan showing a child with a subarachnoid hemorrhage.